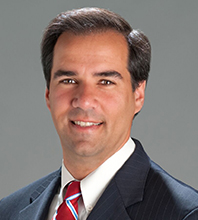 As general counsel, Mr. Hutton oversees all legal affairs for Independence Health Group and its subsidiaries. He advises Independence’s Board of Directors, CEO, and senior management on legal and strategic matters impacting the company.

Mr. Hutton has had numerous and varied responsibilities overseeing all regulatory aspects of a proposed merger, implementation of the Affordable Care Act, Government Markets, and the company restructuring. Mr. Hutton also works with Independence’s Government Affairs team on state and federal legislative and regulatory issues, especially in the context of health care reform.

Prior to joining Independence, Mr. Hutton was deputy general counsel for Pennsylvania Governor Tom Ridge. In the Ridge Administration, he served as the legal liaison and legislative counsel to numerous executive agencies. From 1997 to 2000, he was a commissioner on the National Conference of Commissioners on Uniform State Laws.

Mr. Hutton serves on the board of directors for the Committee of Seventy. He also previously served on the board of the People’s Emergency Center, Pennsylvania's oldest and most comprehensive social service agency for homeless women, teenagers, and their children.

Mr. Hutton received a bachelor of arts degree in government and international studies from the University of Notre Dame, and he is a graduate of the Dickinson School of Law. He and his wife Cindy have three children and live in Montgomery county in Pennsylvania.