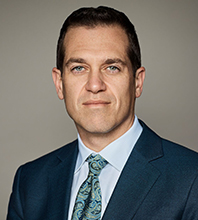 Mr. Vennera has been with Independence for more than 20 years. He has held a number of roles in various areas, including informatics, information systems, and operations.

Mr. Vennera is a graduate of the Pennsylvania State University where he earned a bachelor’s degree in English and a master’s degree in information systems.